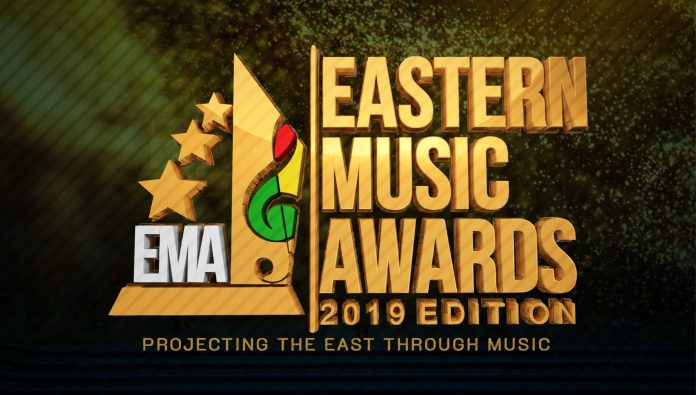 Hi5 Empire, the organizers of the Eastern Music Awards, today unveils its new logo for this year’s scheme.

The theme for this year’s EMA Is ” Projecting The East through Music” deliberations were made with the board and academy to agree on the selected logo. The beautiful logo signifies the celebration of excellence in music for the 3rd time running.
This year is expected to be even bigger and better, and with the support of Musiga, PATER (Presenters Association of Eastern Region) and the Media, we believe our target goals would be
achieved by the end of the main event. Also below is the guidelines for the awards to ensure discipline among its processes Eastern Music awards guidelines.

The Eastern music awards is an award scheme organized by Hi5 Empire, an event powerhouse with a keen interest in organizing high profile events to suit public interest in the satisfaction of public demands. The Eastern music awards have seen 2 successful Editions and preparations are underway for the
3rd edition Stakeholders and all members of the general public are hereby reminded of some guidelines and regulations governing the scheme to prevent any forms of malpractices.