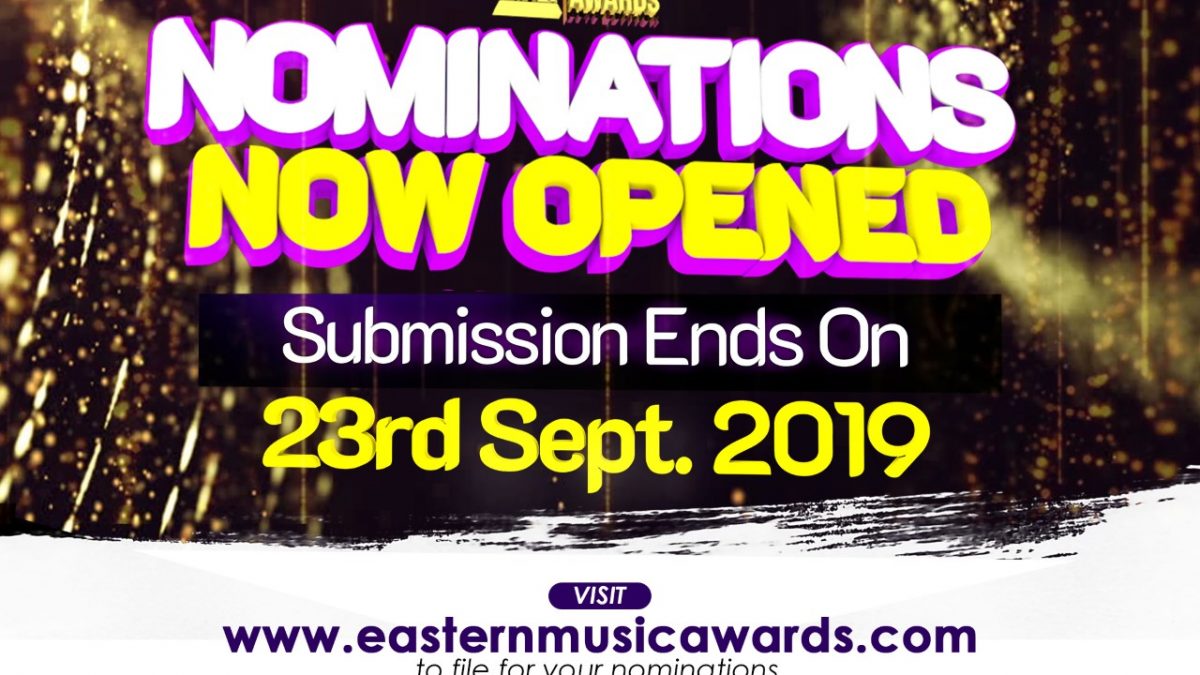 The third edition of the Eastern Music Awards themed “Projecting the East Through Music” is now ready to receive works of artistes in 31 categories.

Artistes are hereby urged to follow the category definitions and ensure they qualify for respective categories before filing for nominations.

Stakeholders should also be informed that its only artistes and artiste managers who can file for nominations.

It is also worthy of note that the year under review is from September 2018 to August 2019. Works which do not fall within this calendar will not qualify for nomination.

Earlier this month, guidelines governing the scheme were released to assist stakeholders on what to do and not to do to ensure their works are fully accepted by the Board and Academy.

The Board wishes all music stakeholders from the region the best in their quest to seek a place in this year’s Eastern Music Awards.

Click on the link to file for your nominations.
Nomination Forms